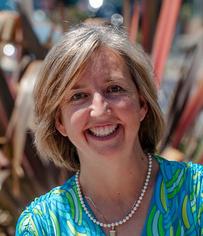 Kristen Southworth received her JD from the University of Wisconsin School of Law in 1990 and her BA with distinction from the University of Michigan in 1986.  She began practicing law in Michigan.  In the course of her practice, she appeared in state court, the Federal District Court for the Western District of Michigan and she argued before the Sixth Circuit United States Court of Appeals.  She moved to California in 1994, and worked part-time for a large San Francisco-based law firm.  Her practice focuses on serving the legal needs of families with disabled children and elders.

Ms. Southworth volunteers weekly at Alameda County Legal Assistance for Seniors. For her work there, she was awarded the State Bar of California’s Wiley W. Manuel Certificate for pro bono legal services and she received a Commendation from the Alameda County Board of Supervisors in appreciation for her commitment to seniors.  She is a member of the State Bar of California, the Contra Costa Bar Association, the Alameda County Bar Association and East Bay Trusts & Estates Lawyers. She serves as president of the Oakland Lacrosse Club and volunteers at her children’s schools.  From 2004 to 2009 she co-chaired the Silk Bag Luncheon for Holt International Children’s Services.   She lives in Oakland with her husband and children.

Get informed first. That's our job.

Give us a call or send us an email